Site last updated on: 16th Jan 2020 -  There are now only a few copies of the ROBBINS DUDLEY book left, no more will be printed so get one now before they all go.       I have an order to fill on the FS 2nd Pattern drawing and will hold the price for that customer, however please contact me for price details on any future orders Royal Mail have upped their prices and my print cost have also increased.

​​​​​​​​​​​​​   ​I started to collect edged weapons back in the early 1970's when I bought a french brass hilted bayonet as a wall hanger.   A few further purchases got me into buying a book on the subject which led me to the late Gordon Hughes's Primers.   Noting that Gordon had also done a small booklet on Military Knives I also bought that.  But the one thing I noticed from this book was the lack of real information on Military Knives, thus I sold my bayonets and started collecting  military knives.   One of my first purchases being a 1st Pattern F-S knife from Gordon for the sum of £55, a good investment looking at what they are fetching now.

My interest was particularly aimed at research and finding out more about the knives as much as it was in the objects themselves.    This research has over the years resulted in me writing to various museums, companies and individuals and finally many hours spent in the UK National Archives seeking out the World War 2 contracts for the F-S knives.

A slight deviation from the military side but one which partially stemmed from a military style knife was my research into the London cutlery trade and this developed into an interest in antique knives especially bowie style knives.

My various researches have culminated in a number of articles and published works.    I am a member of the Antique Bowie Knife Association and was a member of the now defunct Wilkinson Collectors Society.

My website will provide occassional sales, articles and other information related to my areas of interest.  Click on the  link buttons that to be directed to the appropriate page.  I welcome questions from other serious collectors, though I do not give valuations as there can be many variables that can impact of the value of a knife.   I am also interested in purchasing F-S knives, SOE items and knives (non-surgical) made by WEISS of London.   See my Wanted section for more specific details of my wants.

A Photographic Primer of Military Knives.

Privately Published by the author in 1990,

now out of print

Published by Airlife in 1999, now out of print.

and other Commando Knives.

​Privately published by the author in 2013

The Mystery of Bruce Hand and John Paisley.   www.usmiltaryknives.com/flook. Febraury 2004

Dirk Knives of Gilles and Uxbridge.  Antique Bowie Journal No.1 2006

English Knives with a touch of San Francisco and Scandinavia.  Knife World June 2009

Knives of Robbins of Dudley.  Knife World February 2010 (in conjunction with John Pidgeon)

Some of my Favorite Knives. Knife World January 2011

A Robbins Dudley at the Battle of the Somme.  Knife World July 2015

A Late Thornhill Gem (Just About an Antique) Antique Bowie Journal 2016 No.2 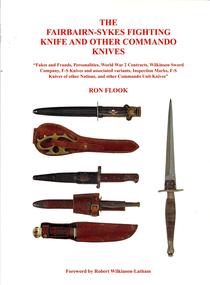 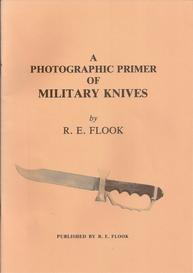 Welcome to my website, dedicated to collectors of Military and Antique Knives.