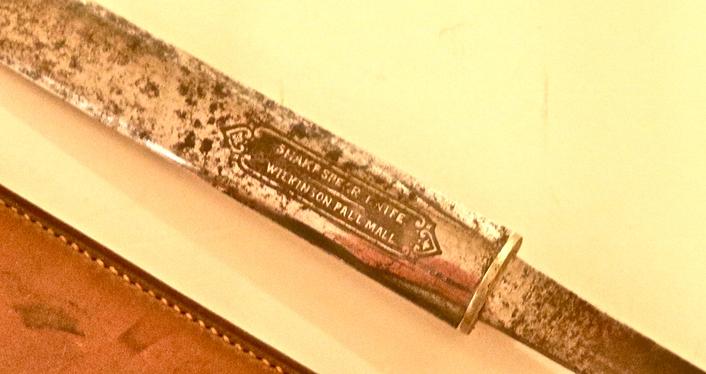 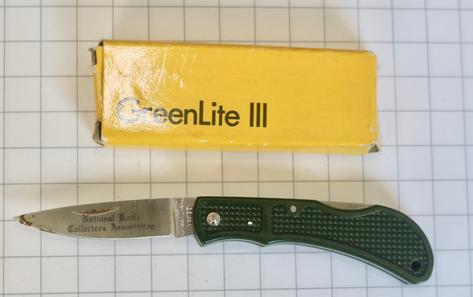 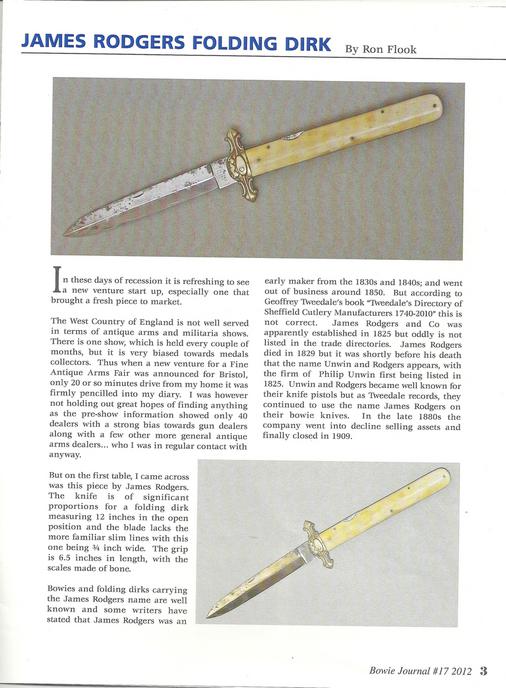 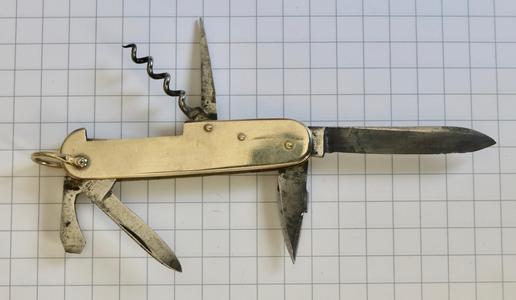 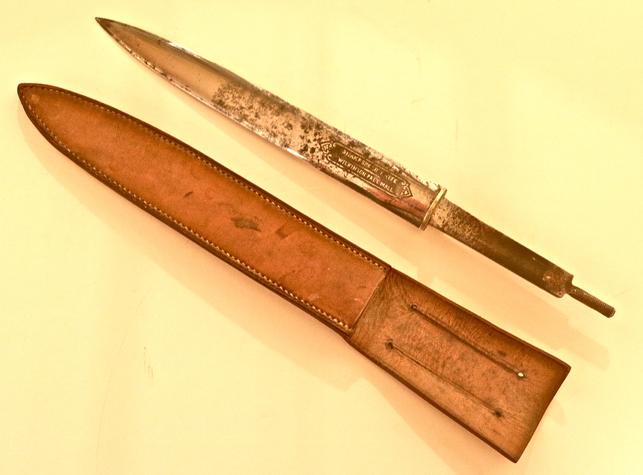 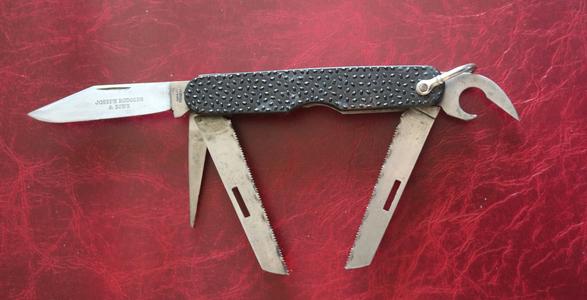 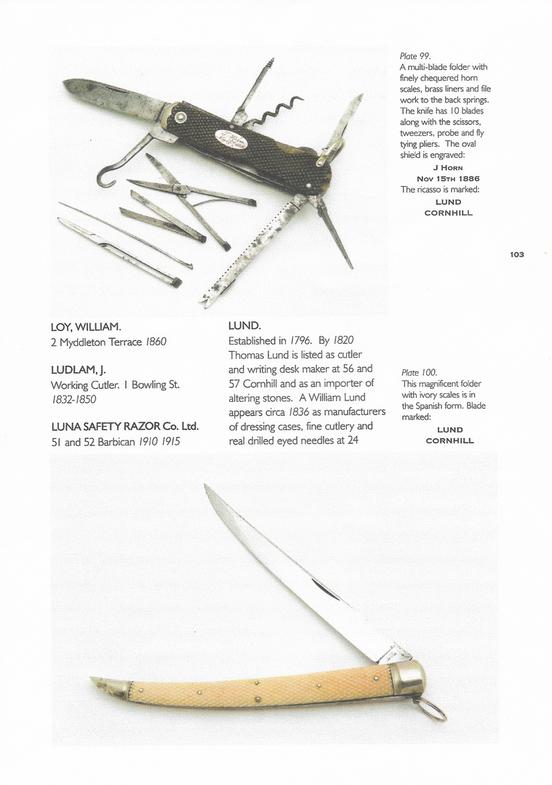 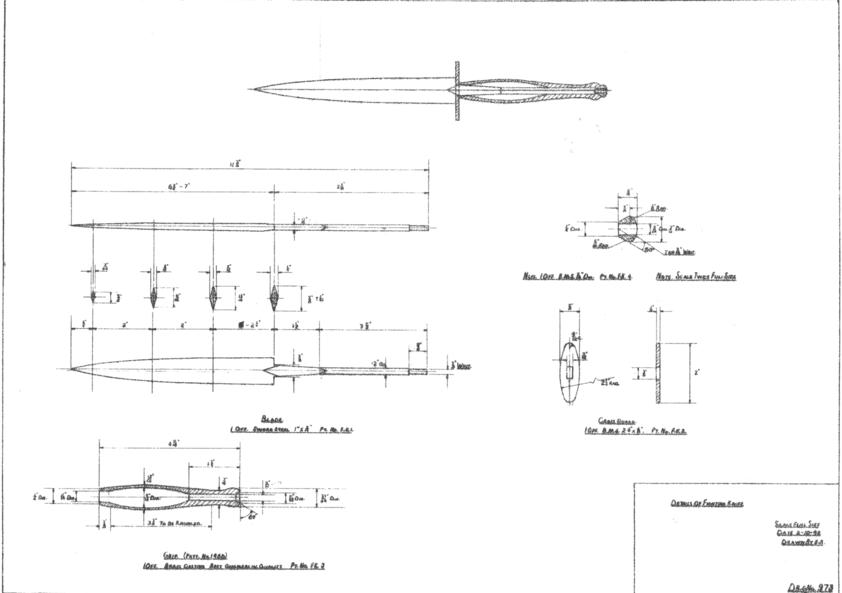 Note that in order to comply with UK law I will only sell knives to persons over 18.   If you are a new customer or are otherwise unknown to me please do not be offended if I ask for proof of age.

​​​As a collector myself I know that finances can at times be tight and we may not always be able to buy what we want.    However I have had a couple of instances recently where I have gone to the trouble of getting postage  and insurance quotes and the deal struck with payment promised.  Only for the potential buyer to back out at the very last minute and in one instance I had in the meantime told a regular customer that the piece had sold.   I am always happy to co-operate and work with serious buyers if for more expensive items a payment plan is in order.

It is also worth mentioning for overseas buyers (i.e. outside of the EU) that I will work with you in terms of customs forms and value.   Items will always be sent by tracked a signed for, where it is available for your country.  However note that insurance can be very expensive but if you choose not to take it or wish it at a low value it would be at your risk.​​​

I am lucky enough to own the original Wilkinson tracing drawing of the 2nd Pattern F-S produced in 1942.    Some years ago I did a limited number of reprints of this drawing but since then it has been filed away.    If there is sufficient interest I will look to redo the reprints at full size.   The size being 23.5 inches by 33 inches.      A copy of the drawing is shown below.   Price including UK postage will be £22. Prices for overseas vary depending on USA, Australia, Europe. will get postage once I know your location.   I can also do this drawing in A3 though price remains the same i.e. £22.

A very rare one of a kind Wilkinson Shakespear Knife blade with sheath.   This style of Shakespear knife blade and its accompanying sheath is of a style never previously noted with Shakespear knives, and was shown in my London Knife Book.   The blade is a flat "oval" shape and carries the etched panel of SHAKESPEAR KNIFE WILKINSON PALL MALL.   The tang has flat section and a threaded top which is unlike that seen with other Shakespear knives.  Also the sheath is a plain tan leather with belt flap.   There is some staining to blade and a very slight 'ding' at the tip.    The piece shows all the signs of never having been completely assembled with a grip, and the blade form and sheath are considered to be a unique examples.   Blade length is 8 inches.    Of note that a Shakespear Knife of standard form recently sold for in excess of $10000.  Price of this unique piece is £750.   More images available on request  NOW £650

​​Mid Victorian era folding lock back dirk by William Nicholson.   9.25 inches open, 5 inches closed with horn scales.  Ricasso marked to W NICHOLSON PATENT along with VR crown. Mark is partial obscured as it overlaps the ricasso.  Metal parts a dull with age and there is some side wobble and slight slackness in the locked position.   You will also note that it does not appear to lock open in s straight line but this is a feature I have seen on several period lock back dirks.

Stunning Folder by LUND.  This piece is shown in my London Knife Book.   In the open position it is 43cm in length.  The Ivory grips are perfect.  The back spring on the knife is very strong so watch your fingers! The blade has some dried wax on it that will clean and there are some areas of staining along the back edge.  Annoyingly the knife was originally perfect but when I lent it to someone and they did not keep it in ideal conditions.  The difference can be seen from the original London Knife Book image and how the knife is now.   I am reluctantly parting with this piece but there is something I want more.    Sales to UK and Europe comply with CITIES regulations as the ivory is pre 1947.  £1250 including UK postage.

​Very rare experimental escape and evasion/survival knife by Jospeh Rodgers.  Not a lot is known about these knives but they seem to date from the early post WW2 period and come in two variations.     I previously sold both my collection examples and this one represents only the 5th or 6th one I have ever seen.   The item will come with a copy of an article which list these as Experimental OSS/SOE escape knives. SOLD

Late Victorian Bowie knife with blade marked to J BUCK  56 HOLBORN VIADUCT E.C.   Joseph Mathew Buck was born in 1834 the son of Joseph Buck (1802 -1884),   Joseph Buck being listed in the trade directories as a Tool Maker and being the son of Mathew Buck Saw maker.

In the 1861, 71 and 81 censuses Joseph Mathew is shown as Shopsman in Tool Makers.    He took his fathers business in 1884 when Joseph senior died.    The  premises at 56 Holborn Viaduct appears to have been occupied circa 1881 as prior to that date the firm was at 124 Newgate St.    In the 1891 he is listed as Saw, file and mechanical tool maker.   He died in 1909 but the firm carried on at Holborn Viaduct until at least 1921, though the name of the firm continued on at other addresses until  at least 1940.

The bowie in common with many London retailed knives was almost certainly made in Sheffield but with no indication as to who the maker was.    The horn hilt is however unusual in shape and the lanyard ring appears to be original to the knife.   This is an unusual feature and probably reflects use by a mounted military man.   The sheath is also unusual in that it has an embossed pattern on the front and the reverse locket carries an horizontal bar rather than having a frog stud.   The sheath mounts appear to have originally been plated but this has worn off.  Blade is 9 inched, overall length 13.25 inches.   Some sharpening marks to blade.  More images on request.  £550